Mrs. Imelda Marcos, was the 1st Lady of the Philippines from 1965 to 1986 during which time she allegedly acquired more than 1,250 pairs of shoes according to authorities.  Another source claims it was more like 3,000.  Either figure reveals a person whose extravagant needs were not only unreasonable but also excessively expensive to the extreme. 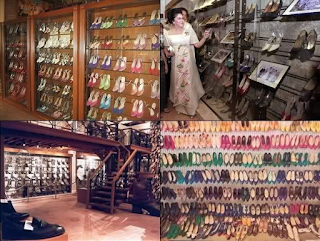 The Guinness Book of Records credits a man as owning the greatest number of Sneakers.  However he has been outdone by the three Peters sisters, whose father left them 5,000 pairs of the most expensive Sneakers, which he had collected since the early 1980s.  “This inheritance includes thousands of Nike Air Force 1s, Air Jordans and several rare prototypes of sneakers designed for elite athletes and A-list celebrities.”

Since taking over the collection, the three women have continued to buy and collect even more sneakers and they now estimate the stash is worth more than $2 million.  Recent tabulations put the count at just over 7,000 pairs of Sneakers. 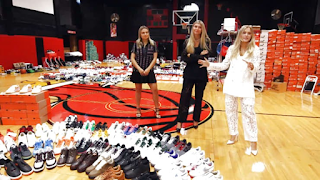 A television program disclosed that the Peters’ Sisters recently displayed only a portion of the gigantic assortment on a life-size basketball court.  The remainder are hidden from the public in a secret, high-security storage unit.

In March 2021 the 3 Chics (as they call themselves) began to sell off different assortments making over 1,600% from the purchase price.

Some years ago my wife and I attended a Young Married’s Church Party.  The game planner said the next game is for the men to go into a side room which had a curtain covering the doorway.  The curtain hung to about12” above the floor.  The men were told we had to take off our socks and shoes and one-by-one come up to the curtain exposing our feet. 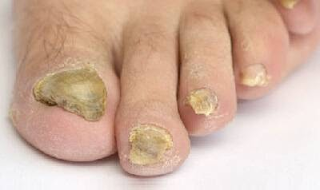 Our wives were challenged to select their husband by just seeing their feet.  I don’t know about you but it was totally embarrassing for me that my wife won 1st Prize because of how bad my thick and curled- up toenails looked.

She looked so modest and wholesome. She was the perfect selection for the Praise Team. Her voice was just the right fit for the group. My wife and I knew her Mother and she was so pleased and proud of her daughter. We began to anticipate seeing her as she worshiped the King of Kings and Lord of Lords. Then I noticed it. Her feet. Had I really noticed bare feet? Were her feet really without shoes? I asked my wife, after church, had I seen right? Was she indeed shoe less?

Peggy said, “Yes!” I asked if she knew why. Peggy asked her Mom, “Why does your daughter sing without shoes?” I’ll never forget the answer.

“Because, just like Moses, she was in the presence of the Lord standing on Holy Ground.”

Perhaps you’d differ somewhat on your theology but I’d never seen anyone singing to the Lord shoe less before and somehow it made the whole service more reverent. Sometimes services approach irreverent and the heart that spoke, “I’m not worthy to wear my shoes as I’m in the presence of the Sovereign of the Universe,” spoke to my heart. It was a parallel to kneeling-when-praying experience for me.

Then I recalled a curious habit of my entire adult life.  I would purchase the lowest-priced-men’s dress shoes and wear them so long they would be scuffed, holes in the soles and heels worn out.  My wife and older kids would say, “Dad You really need some new shoes.”  Still I would go on, perhaps another year or more.  Then when just the right mood hit me I’d go pick out another pair.  But I always checked Goodwill’s used shoes first. But I wasn’t doing it for a noble or spiritual reason.  So I pondered, Does the Bible say anything about shoes?  Impressively designed shoes?  Expensive shoes?

Then I realized the best advertisement for shoes on the whole planet and for thousands of years.  Over 600 years before the birth of Jesus Isaiah wrote:

This dynamically and convincingly assures all people that the most beautiful feet for all time, everywhere are those preaching the Good News of the Gospel.  So, in reflection, my old, dilapidated shoes were still on beautiful feet.  In spite of my yucky toenails!


Lenny Smith wrote the song, “Our God Reigns” using wording and the meaning of Isaiah 52 in 1942.  It still thrills my heart to hear congregations sing it.  Here are Studio Musicians singing with the lyrics so you can follow along.


Please write and ask for spiritual or emotional support
and/or to comment on this article send an email to:
GodApplause@gmail.com
Posted by God Applause at 3:55 PM 3 comments:

Many of these true stories are now available from Amazon as an e-book or a paperback.