Most Terrifying Fall Ever

Most Terrifying Fall Ever

Acrophobia: The fear of heights ~ ~ ranks in the top five most serious fears of mankind. This fear permeates many scary nightmares, transportation methods, and unsettling activities. The Boeing 737 MAX recently was grounded nearly worldwide because of terrifying crashes seemingly caused by design flaws. Even reading about the deadly-nose-dive crashes terrifies most people, let alone seeing video recreations of it.

Some roads climb very steep hills or treacherously narrow mountain passes.  Gondolas often ascend eerily almost into the clouds causing heart-pounding nerves.  Oregon has a Dead Man’s Curve, on Highway 6 near milepost 29, as do many other states.  Oregon has recently blasted through the stone providing a safe passage that dodges the treacherous pass.

More than 60 million people have visited Seattle’s 605 foot tall Space Needle since it was built in 1962.  Yet a great number of fearful visitors refuse to ride the glass-fronted elevators to the top.

Interviewing a pilot I was surprised to learn he also had acrophobia.  “How can that be?”

“I know that I’m in control and I won’t let anything go wrong,” he said.  It was hard to fathom just how that could be.

Since we’re focusing on horrendously scary falls let’s consider the greatest fall in the past and the worst fall ever that is just ahead.  The Bible both introduces the one who fell and warns us about the worst fall ~ ~ just ahead ~ ~ that awaits Satan and his wicked companions.  The Lord Jesus Christ affirmed this, “And He said to them, “I watched Satan fall from heaven like lightning,”(Luke 10:18, NASB) 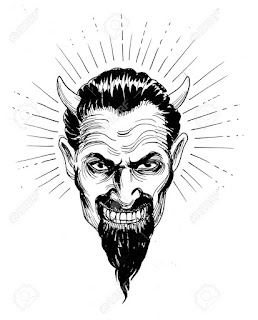 The Bible has many dual prophecies.  In regards to the most diabolical, evil, mighty previous archangel … Satan… the Holy Spirit inspired many Bible writers to write prophecy after prophecy in such a way that each prophecy had a fulfillment shortly after it was penned.  But to forewarn us, the Lord’s people, about how horridly, terrifyingly powerful this monster soul killer is the inspired writers’ second fulfillment is clearly the Devil.

Examples of two lengthy prophecies that are clearly dual are Isaiah 14:8-19 and Ezekiel 28:1-19. In these two dual prophecies a great deal is learned about Satan. Metaphorically these picture Satan’s creation, purpose, appearance and fall from heaven.  These passages describe why Satan fell, but they do not specifically say when he fell.

Job reveals that all the angels were created before the earth was (Job 38:4-7, NIV).  “Then the Lord spoke to Job out of the storm.  He said: “Who is this that obscures my plans with words without knowledge?  Brace yourself like a man; I will question you, and you shall answer me.  “Where were you when I laid the earth’s foundation?  Tell me, if you understand.  Who marked off its dimensions?  Surely you know!  Who stretched a measuring line across it?  On what were its footings set, or who laid its cornerstone — while the morning stars sang together and all the angels shouted for joy?”

Since Genesis identifies the Tempter of Eve as Satan it is clear that the Devil’s fall from Heaven must have occurred after he was created but before the creation of Adam and Eve.

Revelation the 12th chapter depicts warfare in Heaven between the great dragon and his wicked angels versus God’s archangel and other angels who fought to protect God’s children on the Earth. In describing the Dragon it is obvious that it is the Devil.

These Old and New Testament verses, as well as others, provide significant clues as to why the Devil was cast out of Heaven:

1)   Satan was perfectly beautiful from his creation with an appearance as dazzling as many jewels and  he started out as sinless. - - (Ezekiel 28:13-14, NASB)

3)   Satan was anointed by God to be a “Covering Cherub over the Mercy Seat".

8)   Satan is so powerful that even the Lord’s Archangels resist fighting him single-handedly. Instead they said, “The Lord rebuke you.” (Jude 9, NASB)

Hades (Sheol) is eagerly awaiting Satan and mocking his fall. His bed is of maggots crawling with worms - -  (Isaiah 14:11-14, NASB)

Satan and his followers have a date with eternal destiny:  “Then He will also say to those on His left, ‘Depart from Me, accursed ones, into the eternal fire which has been prepared for the devil and his angels”  (Matthew 25:41, NASB)

The Book of Revelation leaves nothing to the imagination about the Devil’s future.  He will be permanently cast into the Lake of fire and brimstone

WHY HAVE I SPENT THIS STORY TALKING ALL ABOUT SATAN, WHO IS ALSO CALLED THE DEVIL AND THE DRAGON IN SCRIPTURE?   What’s the answer?  Why have you been asked to read all this about Satan?

As tearfully and sadly as I’ve done this it’s because many doubt his existence.  They joke, “Oh sure you’re one of those old fashioned Hellfire and Brimstone believers aren’t you?  And the sneers, mockery and ridicule cascade off all the walls.

Dear Reader ~ ~ I beg you ~ ~ ~ take the time to ask yourself some questions.  What if this story is right?  What if there is a Satan?  What if he is trying to grab as many souls as he can?  What if he is going to lead them with him into a lake that burns with fire and brimstone... where there will be darkness, weeping and gnashing of teeth?  Ponder the fact that Jesus uses the exact Greek words for eternity for each Heaven and Hell.  Each is as long as the other.  “These will go away into eternal punishment, but the righteous into eternal life.” (Matthew 25:46, NASB) So - if you believe in a Heaven...Hell is real also.

There is another terrible fall that I hope you never experience. Once you’ve become a Christian and were refreshed by the awesome grace of God some foolishly walk away as if they’re spitting in their Savior’s face.

It scares the tar out of me. King David after having taken Uriah’s wife and impregnating her had to have him murdered trying to hide her pregnancy. Then the Lord sent a prophet who pointed his bony finger in David’s face and accused him of the whole messy ungodly acts.  David wept and said, “Do not cast me from your presence or take your Holy Spirit from me.” (Ps. 51:11, NIV)

King Saul (1 Samuel 16:14) and Samson (Judges 16:20) had serious matters where losing the Holy Spirit and the Lord’s presence in their lives became reality.

Ephesians 4:30 warns us not to “grieve the Holy Spirit.”  And 1 Thessalonians 5:19 says that we can “quench the Spirit.”  PLEASE THINK SERIOUSLY ABOUT YOUR SOUL.

If it is an addiction that has you snagged, get some help.  Addiction is giving up everything for ~one ~ thing.

Recovery is giving up one thing for everything.

"But you, beloved, building yourselves up on your most holy faith, praying in the Holy Spirit,  keep yourselves in the love of God, looking forward to the mercy of our Lord Jesus Christ to eternal life.” (Jude 20-21, NASB)


Please write and ask for spiritual or emotional support
and/or to comment on this article send an email to:
GodApplause@gmail.com
Posted by God Applause at 7:31 PM 9 comments:

Many of these true stories are now available from Amazon as an e-book or a paperback.